One weekend, two crews, 22 rowers, 50 miles. After over a year of planning and 30 years after the original row, St Anne’s students and alumni took on the challenge to recreate the Oxford to Henley row which helped to fund the building of our boat house. ​ 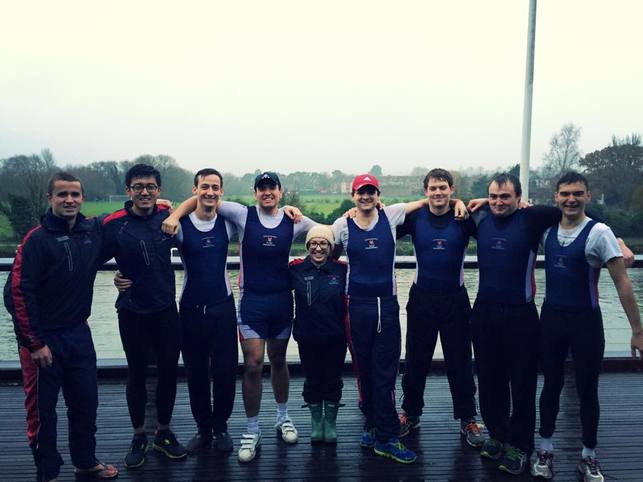 In 1985 a crew of St Anne’s women maintained their head-start in a race against the men from Henley to Oxford. Over the weekend of 5th and 6th September, we took on the challenge to row the course again. This time, mixed crews of current students and alumni rowed upstream from Henley to Oxford over two days. ​
On Saturday morning we arrived at Henley nice and early to finish rigging the boats and set off just after 10am for the first stretch of rowing. Supported by two launches we set off on our intrepid adventure. After powering through the first few kilometres and enjoying music at Caversham lock, we made it to Reading Rowing Club where we stopped to swap the crews around. A leisurely lunch was enjoyed at Mapledurham lock before pushing on with the afternoon stretch. Getting going again was a bit of a challenge and several long stretches of rowing between locks really pushed our rowers. However, we eventually made it to Wallingford for our overnight stop. Though a bit later than planned, we managed to rack boats and head back to college for a brief change before dinner, all eating very well indeed! We also got to see a lovely message from Claire Palley who was instrumental to the first row and a great supporter of the boat club in her time as Principal of St Anne’s. ​
Despite some rowers heading out to the pub after dinner on Saturday, we were up bright and early on Sunday morning for day two of the row. And what a beautiful day it turned out to be. Not a cloud to be seen and perfect sunshine all day. We headed back to Wallingford where we quickly got the boats on the water. Despite a few injuries, sore bodies and many blisters, morale was high. With just under half the distance to go, we set off strongly towards Abingdon. Here we stopped for lunch in the sun before organising ourselves into an alumni boat and current student boat for a bit of a race on the final push. After navigating through dragonboat racing just before Abingdon lock we encountered some lovely wide stretches of river. The student boat decided to break up the long Radley stretch with some practice race starts and high(er) rate bursts. After this we were energised and ready to push on to the finish with just one lock and a short row to go! ​
Finally rising slowly through Iffley lock felt like coming home. As we rowed out onto our familiar stretch of river, there was a sense of excitement in the air. Pulling out our best rowing, both boats rowed together, side by side for home, landing at the raft outside our boat house to crowds and cheers. Everyone was quite relieved to have reached the end of the row, with sore and tired bodies but a great sense of fun and achievement. Still basking in the sun, we enjoyed afternoon tea and speeches.

Everyone had a fantastic weekend, current students and alumni alike. And all the hard work paid off. Having now raised over £28,000, exceeding our target, here’s hoping for a new boat for the women soon!

St Anne’s Boat Club would like to say a huge thank you to all those who gave their time for this event, generous sponsors, rowers, alumni and supporters. Thank you to Tim Gardam and the Development Office, with especial thanks to Kate Davy, for supporting this event. But most of all, thank you to Matthew Ridgewell for challenging us to the row. Let’s not leave it another 30 years before the next one!